20 Best Medieval Games You Can Play on Your PS4

The Medieval genre is one of the most underappreciated and enjoyable game genres on the market. In terms of action and combat, mediaeval games offer a wide range of options, from close-range sword fights to long-range archery.

In this article, we compile a list of Medieval Games You Can Play on Your PS4.

For Honor is a Medieval action fighting game set in a medieval, fantasy setting. Players can play as a character from one of four different factions, namely the Iron Legion (Knights), the Warborn (Vikings), the Dawn Empire (Samurai), and the Wu Lin (Ancient Chinese). The Wu Lin faction was added to the Marching Fire expansion in October 2018.

Each hero also has quotes in their own language that will trigger when certain actions are performed. The Knights speak Latin, the Vikings speak Icelandic, the Samurai speak Japanese, and the Wu Lin speak Mandarin.

Each faction had four classes at launch, with two more being added at the beginning of every season of the Faction War. The Vanguard-class is described as “well-balanced” and has excellent offense and defense.

The Assassin class is fast and efficient in dueling enemies, but the class deals much less damage to multiple enemies. The Heavies (Tanks) are more resistant to damage and are suitable for holding capture points, though their attacks are slow. The last class, known as “Hybrid”, is a combination of two of the three types, and is capable of using uncommon skills.

Dark Souls is a third-person Medieval action role-playing game. A core mechanic of the game is exploration. Players are encouraged to proceed with caution, learn from past mistakes, or find alternative areas to explore.

Dark Souls takes place in a large and continuous open-world environment, connected through a central hub area. The player character can travel between areas and explore various paths at will, although prerequisites must be met to unlock certain areas.

Dark Souls takes place in the fictional kingdom of Lordran, where players assume the role of a cursed undead character who begins a pilgrimage to discover the fate of their kind.

The gameplay is similar to Diablo in that players design their own characters, choosing their character’s looks, gender, and traits. Aside from the main storyline, there are other quests in the game, and the game offers an open-world setting where they can explore snowy slopes, Viking cities, ice dungeons, ancient tombs, and other locations.

Ragnarok. Legend has it that when the coldest winter descends, the Jotan will return to take their vengeance against the Gods of Asgard. The world is on the road to perdition and the fate of Midgard hangs in the balance. But when the Fire and Frost Giants begin to merge their armies, they encounter the clan of the Ulfung – the Wolves of Midgard.

Bloody, but unbowed following the destruction of their village, this notorious band of ostracized Viking warriors is determined to seize their destiny and save the world. As clan chief, you must save Midgard from complete annihilation, and spearhead the charge to vanquish the fiendish creatures of the Fimbulwinter.

Northgard is a strategy game based on Norse mythology in which you control a clan of Vikings vying for the control of a mysterious newfound continent.

After years of tireless explorations, brave Vikings have discovered a new land filled with mystery, danger, and riches: NORTHWARD.

The boldest Northmen have set sail to explore and conquer these new shores, bring fame to their Clan and write history through conquest, trading, or devotion to the Gods.

That is if they can survive the dire Wolves and Undead Warriors roaming the land, befriend or defeat the giants, and survive the harshest winters ever witnessed in the North.

Styx: Shards of Darkness is a stealth video game, Explore and master huge open environments, sneak past or assassinate new enemies and bosses, and experiment with the new array of lethal abilities and weapons in our goblin assassin’s arsenal.

Sneak your way alone, or with a friend in coop mode! Climb the dizzying Elven city, traverse the perilous territory of the Dwarfs, and survive vast unexplored lands filled with lethal dangers to fulfill your mission… failure to succeed could have huge consequences for your kin.

Kingdom Come: Deliverance is a story-driven open-world RPG that immerses you in an epic adventure in the Holy Roman Empire. Avenge your parents’ death as you battle invading forces, go on game-changing quests, and make influential choices.

You’re Henry, the son of a blacksmith. Thrust into a raging civil war, you watch helplessly as invaders storm your village and slaughter your friends and family. Narrowly escaping the brutal attack, you grab your sword to fight back. Avenge the death of your parents and help repel the invading forces!

Chivalry 2 is a multiplayer first-person slasher inspired by epic medieval movie battles. Players are thrust into the action of every iconic moment of the era – from clashing swords to storms of flaming arrows, to sprawling castle sieges, and more.

Follow the grim tale of young Amicia and her little brother Hugo, on a heartrending journey through the darkest hours of history. Hunted by Inquisition soldiers and surrounded by unstoppable swarms of rats, Amicia and Hugo will come to know and trust each other. As they struggle to survive against overwhelming odds, they will fight to find purpose in this brutal, unforgiving world.

In a land torn asunder by incessant warfare, it is time to assemble your own band of hardened warriors and enter the fray. Lead your men into battle, expand your realm, and claim the ultimate prize: the throne of Calradia!

Mount & Blade: Warband is a stand-alone expansion pack for the game that brought medieval battlefields to life with its realistic mounted combat and detailed fighting system.

Warhammer: Vermintide 2 is a 4-player co-op action medieval game set in the Warhammer Fantasy Battles world. Sequel to the critically acclaimed Vermintide, Vermintide 2 is the latest installment in a franchise best known for its intense and bloody first-person melee combat.

Our five heroes have returned to take on an even greater threat than before – the combined forces of a ruinous Chaos army and the swarming Skaven horde. The only thing standing between utter defeat and victory is you and your allies. If you fall – so too will the Empire.

Besiege castles and raid villages in Chivalry: Medieval Warfare is a first-person slasher with a focus on multi-player. Featuring competitive online combat that seeks to capture the experience of truly being on a medieval battlefield. Inspired by the intensity and epicness of swordfighting movies such as 300, Gladiator, and Braveheart, Chivalry: Medieval Warfare aims to bring that experience to the hands of a gamer.

The game is skill-based and controls like an FPS, but instead of guns and grenades, players are given swords, shields, maces, battleaxes, and longbows. Set in a fictional, yet gritty and realistic world, players will fight in fast paced online battles besieging castles, raiding medieval villages, and fighting for glory in the arena with up to 32 players.

Faced with a merciless, unchecked state, rebels and rogues battle to claim their place among legends. To win influence with oppressed people, rival gangs compete in daring heists to hit the wealthy where it hurts. Folk hero or gold-hungry outlaw, only the best will escape with hard-earned riches.

Two teams of 4 players compete to execute the perfect heist, in medieval environments patrolled by deadly AI guards. With the unique skills and mystical abilities of each character, moving in stealth to steal treasures unseen or dominating through loud and brutal combat.

In Assassin’s Creed Valhalla, become Eivor, a legendary Viking warrior on a quest for glory. Explore England’s Dark Ages as you raid your enemies, grow your settlement, and build your political power.

Assassin’s Creed Valhalla is an open-world action-adventure game structured around several main story arcs and numerous optional side-missions, called “World Events”. The player takes on the role of Eivor Varinsdottir, a Viking raider, as they lead their fellow Vikings against the Anglo-Saxon kingdoms.

MORDHAU is a medieval first & third-person multiplayer slasher. Enter a hectic battlefield of up to 80 players as a mercenary in a fictional, but the real world, where you will get to experience the brutal and satisfying melee combat that will have you always coming back for more.

The Elder Scrolls V: Skyrim is an action role-playing game, playable from either a first or third-person perspective. The player may freely roam over the land of Skyrim—an open world environment consisting of wilderness expanses, dungeons, caves, cities, towns, fortresses, and villages.

Players may navigate the game world more quickly by riding horses, paying for a ride from a city’s stable, or utilizing a fast-travel system that allows them to warp to previously discovered locations.

Dragon Age: Inquisition is a 2014 action role-playing video game, Dragon Age: Inquisition is an action role-playing game similar to its predecessors. At the beginning of the game, the player chooses a race for their player character: human, dwarf, elf, or Qunari, a playable race for the first time in the series. Players customize the Inquisitor’s physical appearance and gender, among other things.

Ancestors Legacy is a real-time strategy game inspired by historical events from the Middle Ages. The game blends resource management and base development with large-scale, squad-based battles across massive battlefields, all of which are rendered in stunning detail thanks to Unreal Engine 4 technology. Experience medieval violence like never before, thanks to the cinematic action camera, which places you right in the thick of the conflict at the touch of a button.

The Witcher: Wild Hunt is a story-driven open-world RPG set in a graphically breathtaking fantasy realm with significant choices and life-changing consequences. In The Witcher, you play as Geralt of Rivia, a professional monster hunter entrusted with discovering a child of prophecy in a large open world filled with merchant cities, pirate islands, treacherous mountain routes, and forgotten tunnels to explore.

Conan Exiles is an online multiplayer survival game, now with mounts and mounted combat, set in the lands of Conan the Barbarian. Enter a vast, open-world sandbox and play together with friends and strangers as you build your own home or even a shared city. Survive freezing cold temperatures, explore loot-filled dungeons, develop your character from a lowly peasant to a mighty barbarian, and fight to dominate your enemies in epic siege wars.

Darkest Dungeon is a difficult gothic roguelike turn-based RPG about the psychological strains of exploring. Recruit, train, and lead a squad of imperfect heroes as they face unspeakable horrors, stress, disease, and the looming darkness. Can you keep your heroes together when all hope seems to have vanished?

Recruit, train, and lead a team of flawed heroes through twisted forests, forgotten warrens, ruined crypts, and beyond. You’ll battle not only unimaginable foes, but stress, famine, disease, and the ever-encroaching dark. Uncover strange mysteries, and pit the heroes against an array of fearsome monsters with an innovative strategic turn-based combat system. 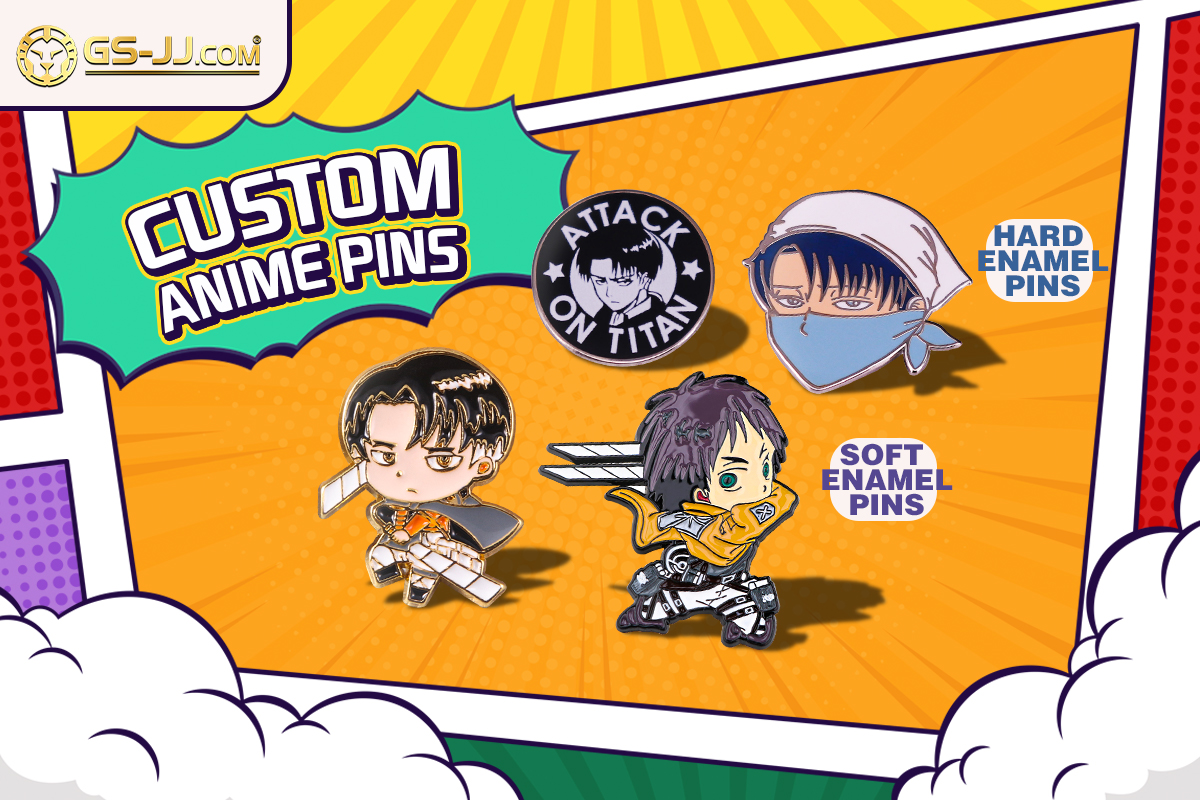 Besides, for those who like these Medieval games or the characters, you can try to upload the characters or images of the game to create custom soft enamel pins, which are low-cost and top-quality die-struck pins with raised metal and recessed enamel. They are the best gifts if you are keen to turn something interesting and awesome into reality. They are very popular with game fans, as soft enamel pins can be placed anywhere allowed and created and collected as souvenirs. Best custom enamel pins you can find at an experienced enamel pin factory – GS-JJ.